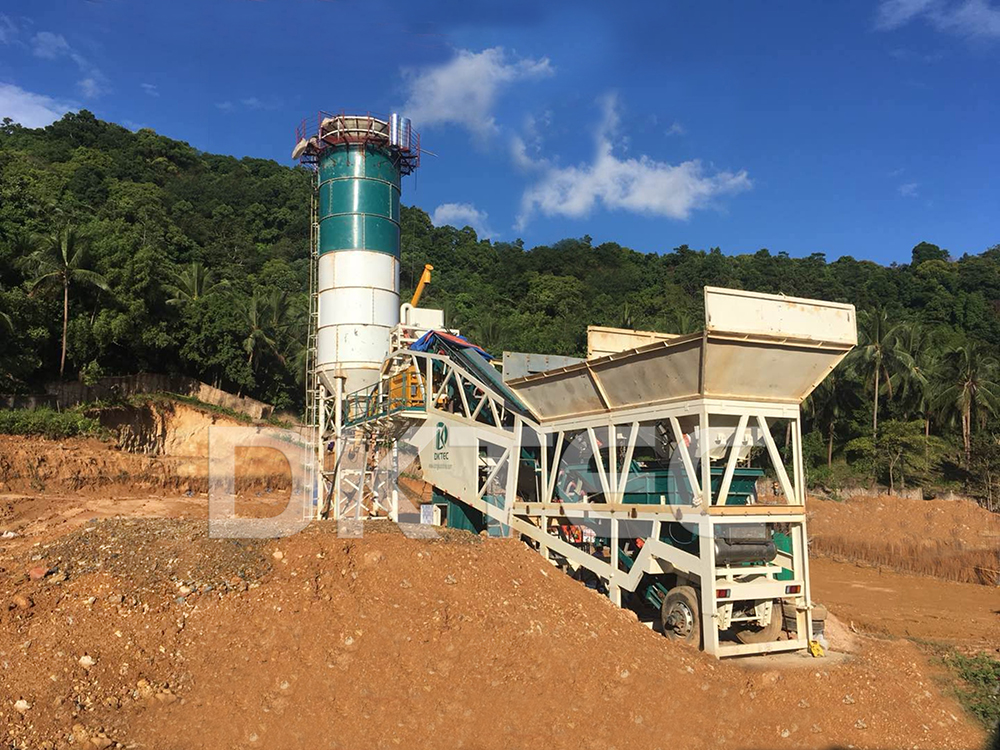 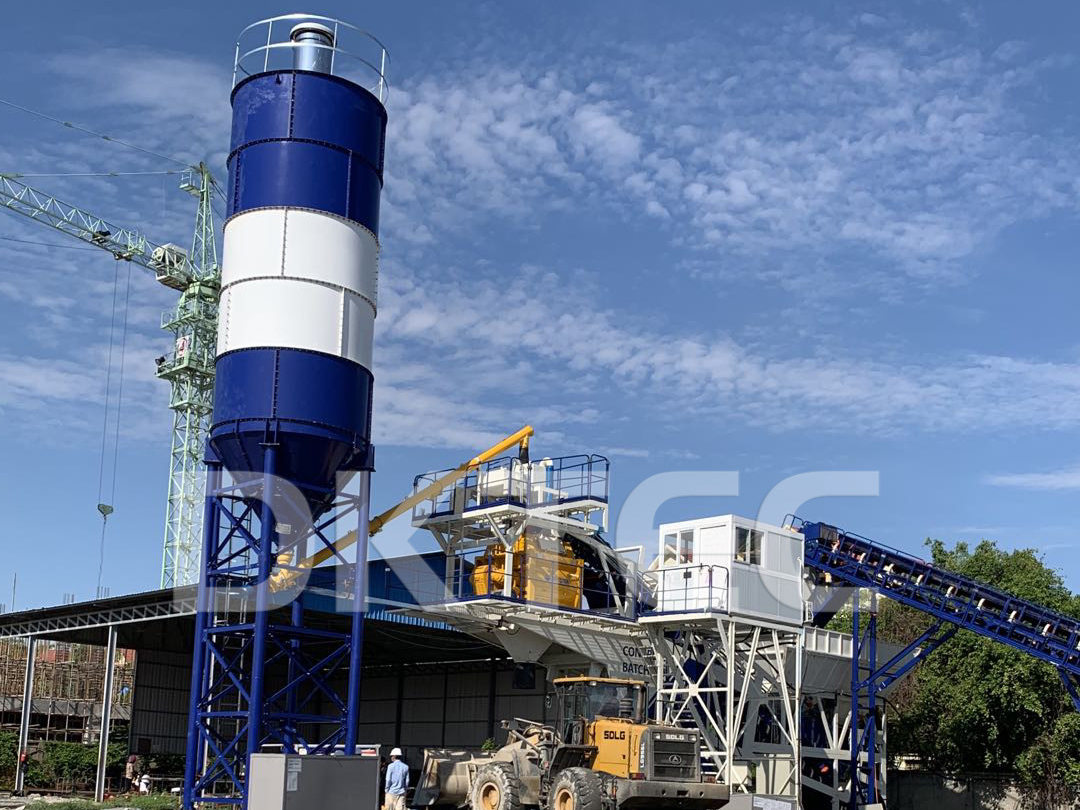 1. Compact structure design, concentrated most of the mixing station components on a single trailer unit;
2. Humanized operation mode, stable and reliable work, stable operation in various harsh environments;
3. Imported Twin-shaft concrete mixer (planetary mixer can also be used), which can run continuously, mix evenly, and mix strongly and quickly; it can be completed in a short time. For hard concrete, semi-hard concrete, plastic and various proportions of concrete, it can be mixed well. 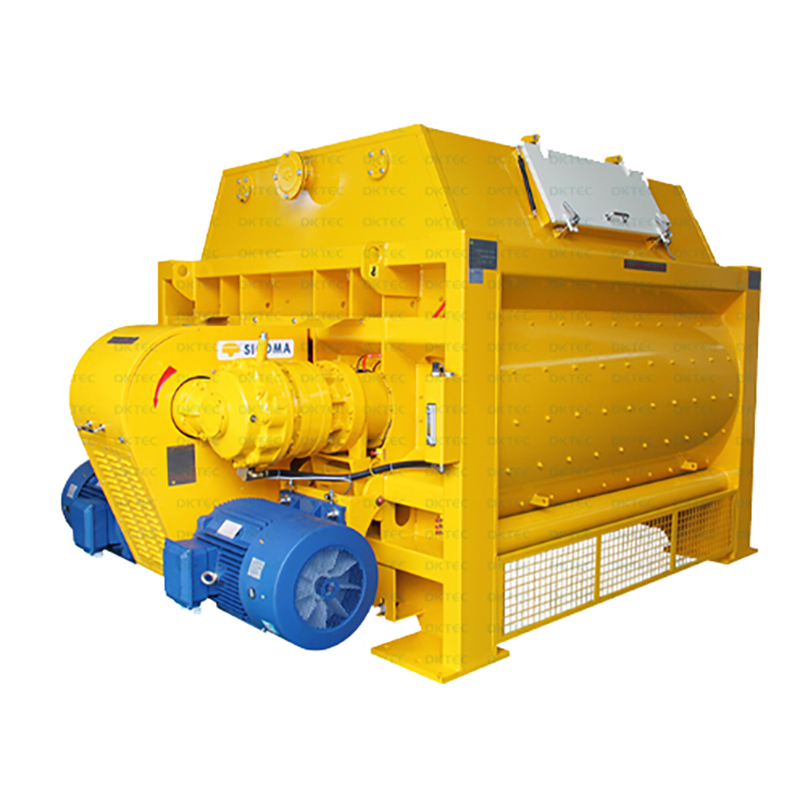 4. The whole plant can be quickly transported to the construction site and assembled on site through the full-hung form;
5. Pre-commissioning is completed before delivery, and construction can be carried out without commissioning;
6. Sophisticated configuration, high degree of automation, flexible and convenient movement, simple and stable operation.

The main structure of the mobile concrete batching plant is divided into three parts: the control system, the mixing layer and the batching weighing layer.

The mixing layer platform is made of steel frame structure with double variable section I-shaped main beam, which is heavier and has better rigidity and shock absorption than the ordinary structure.The mixing layer and the discharging layer constitute a rigid body, which is integrated with the foundation, which effectively reduces the vibration from the concrete mixer; the support adopts rectangular legs, which is not only simple in structure, but also spacious in space.
The control room is surrounded by windows, which are connected to the main body of the concrete mixing plant, and can be designed to be the same height as the mixing layer. The walking platform of the mixing layer is made of steel grating, which is convenient for timely observation of the production and discharge of the mixing host. Before leaving the factory, the control system is simulated and debugged and connected by aviation connectors, which reduces the on-site installation work and the probability of failure. There is no need to re-disassemble and connect cables when transferring equipment.
There are two powder weighing hoppers (cement, fly ash), one water weighing hopper, two liquid admixture weighing hoppers and one aggregate pre-storage hopper are set in the batching weighing layer. All weighing adopts high-precision sensors, simple installation, convenient adjustment and reliable use. The outlet of the powder weighing hopper adopts an automatically controlled pneumatic butterfly valve, soft connection and full closure are adopted at the inlet and outlet. The admixture weighing hopper is set above the water metering hopper, and the outlet adopts the stainless steel ball valve to discharge the material. 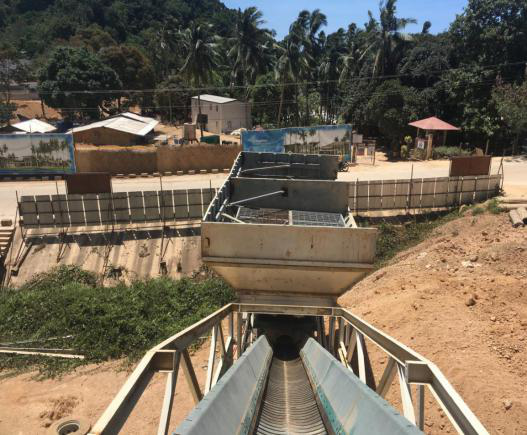 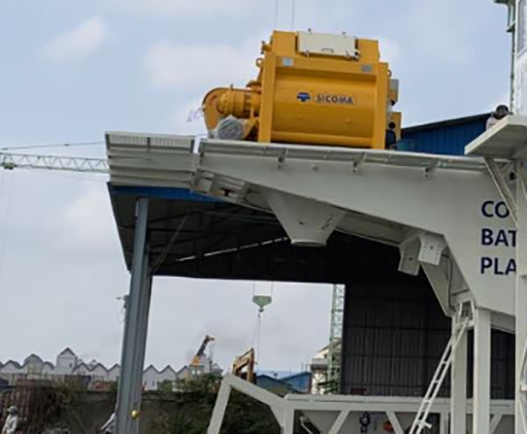 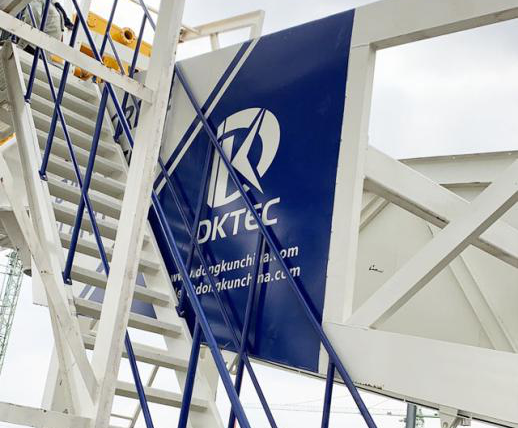 The total is the accumulated dose or single measurement of the electronic scale. Cement, water and additives are weighing hoppers with accurate measurement, PLC centralized control, and simple operation. The aggregate is conveyed and fed by belts. Whether it is the measurement of aggregate, powder or water, the sampling speed exceeds 120 times per second, and the accuracy and reliability of the measurement are ensured by high-precision sensors. PLC centralized control, can be operated automatically or manually. When the industrial computer or PLC fails to control the normal production of the mixing plant, manual operation buttons can also be used to achieve manual operation to avoid production interruption. The operation is simple and easy to master. The dynamic panel display can clearly understand the operation status of each component, and can store and print report data (stylus printing, quadruplicate), which provides great convenience for production plan management. It is equipped with two monitoring systems for real-time monitoring. Production status.
The main electrical components of the mixer, screw machine, measuring sensor, air control components and control system are all imported brands, which not only greatly reduces the failure rate of the equipment, but also improves the measurement accuracy of the equipment 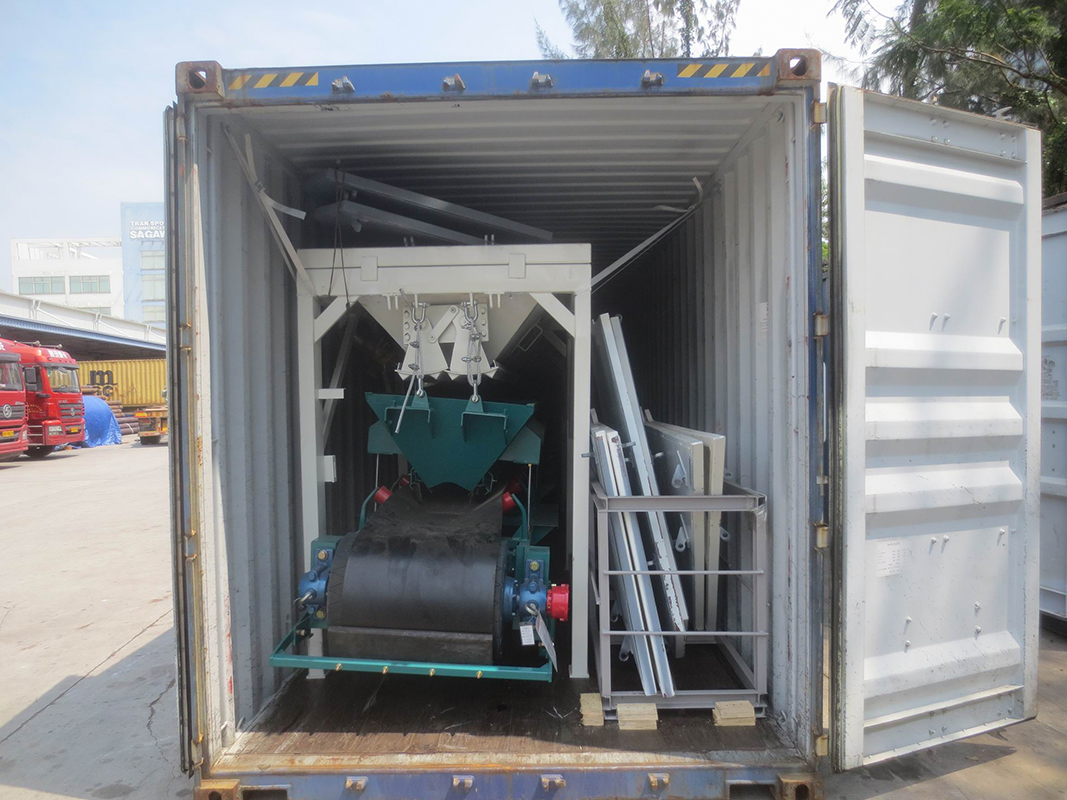 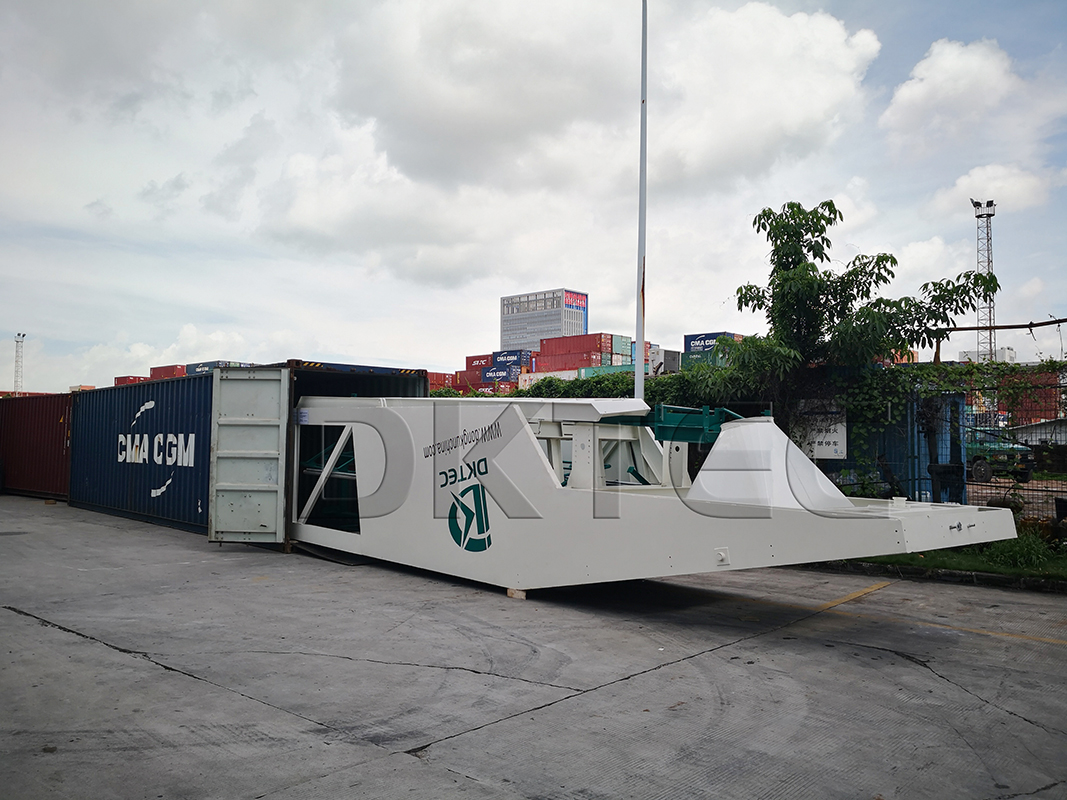 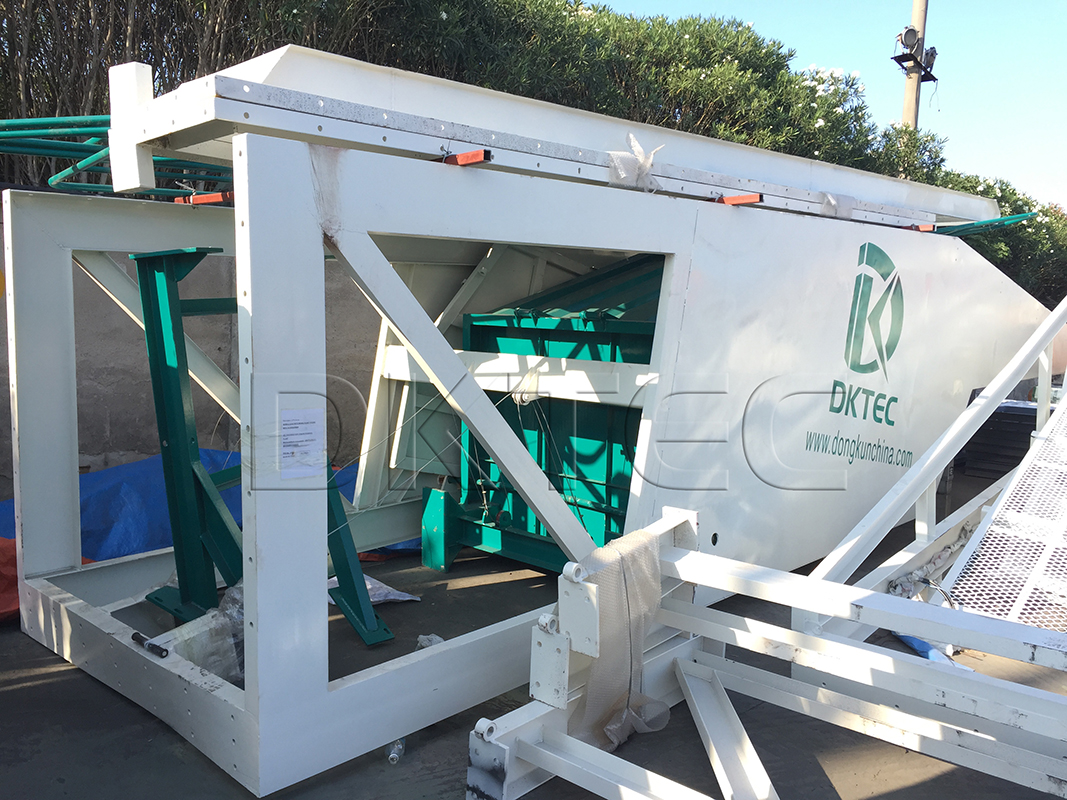 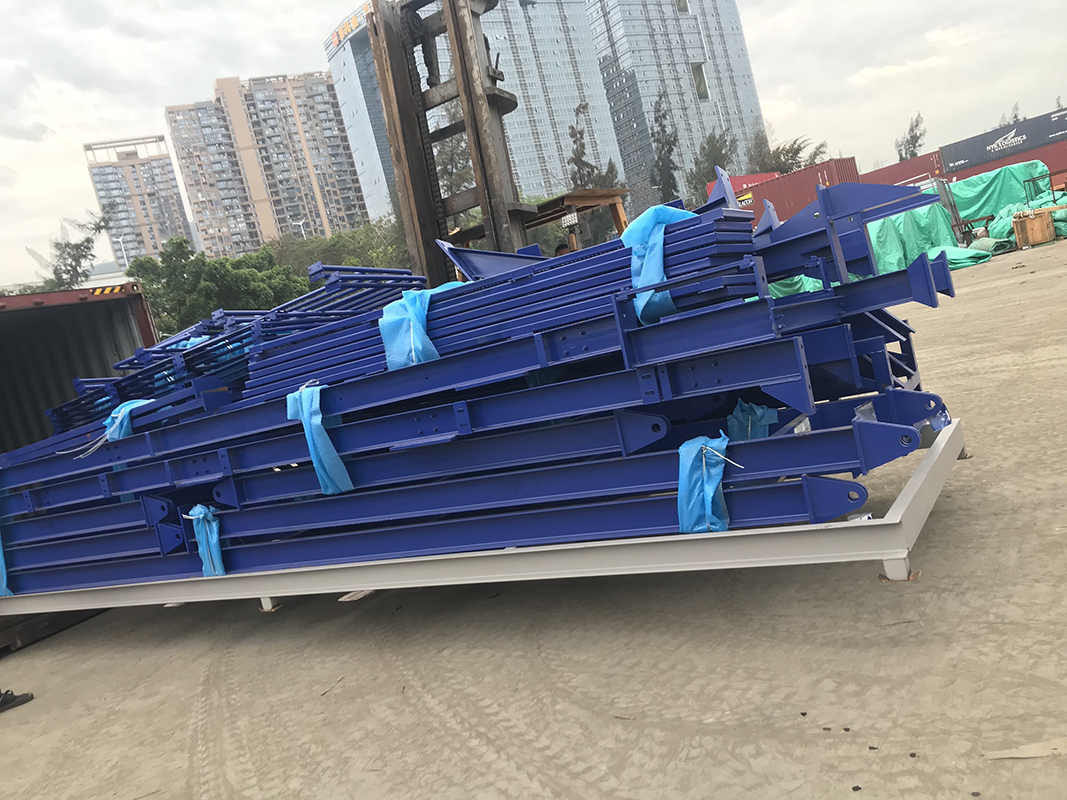 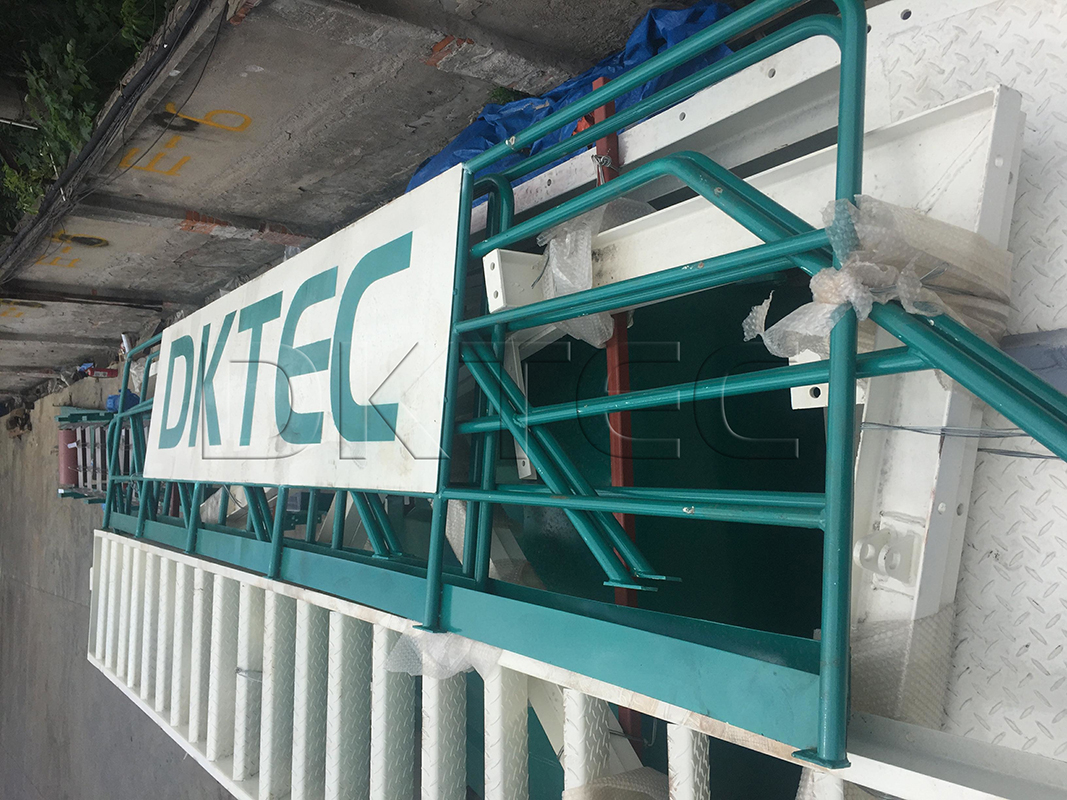 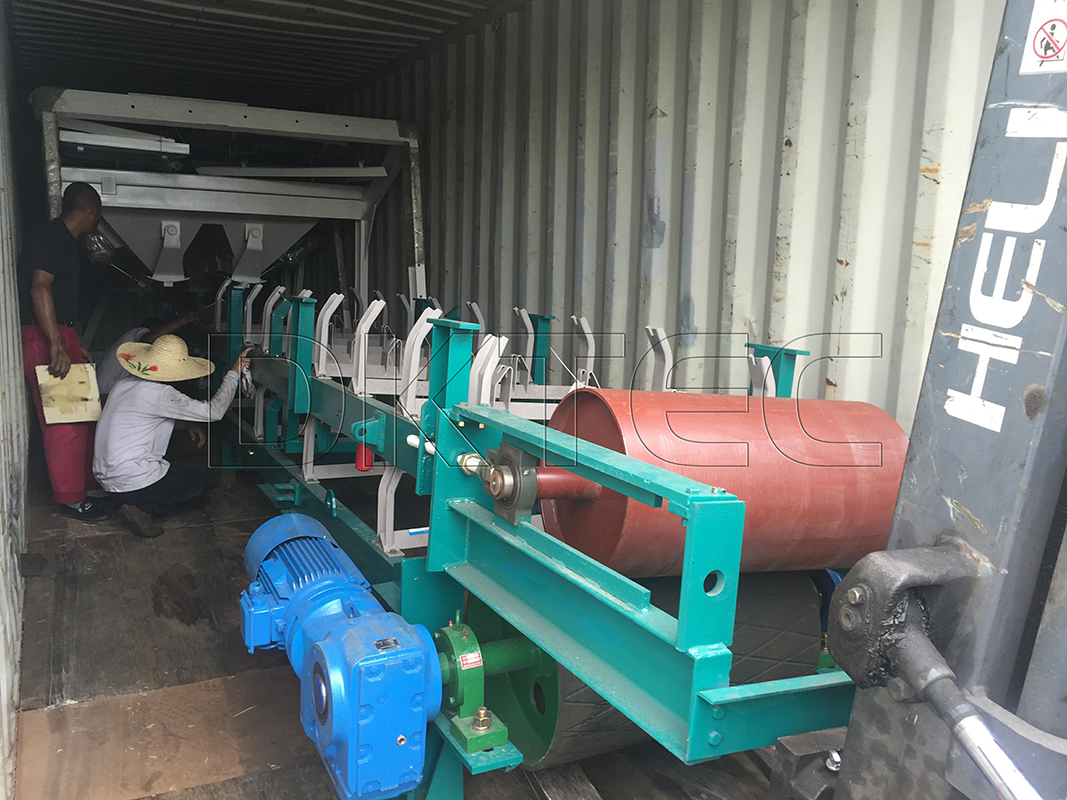 ▶  What are the components of a mobile mixing plant?

A cantilevered mixer chassis of the main engine, which contains a tractor pin and a parking leg for the truck;The measurement scale of mixer, cement and water ,admixture on the chassis.Set around a patrol table, railing and so on.

The control room is at the bottom of the mixer chassis, and the mixing plant fully automatic control system is installed inside. The control room serves as the front support point of the whole plant when it is working. When transferring and transporting, the control room is stowed and stored in the hollow of the bracket; all control lines do not need to be disassembled.

This system is located at the back end of movable mixing station, the upper part is the aggregate (sand, stone) storage hopper, storage hopper can be divided into 2 or 4, and set up high board to increase the storage capacity, pneumatic successively open the door operation, aggregate measurement for a variety of material accumulation measurement.The bottom is equipped with a walking rear bridge and frame legs for working.

For the cement silo and screw conveyor, the peripheral parts are integral parts regardless of work or transportation, so they can be transported and disassembled as a whole without disassembly.

▶  What are the main features of the mobile concrete batching plant?

The big feature is that it can move as a whole.At present, the movable concrete mixing station is mainly divided into traction type and tow type, the traction type chassis contains a complete front and rear bridge;The towed chassis only has the rear axle, with the front end mounted on the tractor saddle bridge.